The Death Penalty Is Part Of A Larger System of Punishment

The Death Penalty Is Part Of A Larger System of Punishment

This pairing of opposition to capital punishment with an embrace of life without parole sentences bears some responsibility for where we are today, with over 53,000 people sentenced to die in prison. In 2015, Ashley Nellis of the Sentencing Project and an author of the “The Meaning of Life: The Case for Abolishing Life Sentences,” explored the tensions between death penalty abolition work and efforts to end extreme sentencing in a law review article. The “rapid rise in LWOP [life without parole] sentences” she wrote, “can partly be attributed to a desire for a reliable, terminal punishment to replace the death penalty after it was declared unconstitutional in 1972.” But, Nellis said, it does not have to be this way: “Strategies to abolish the death penalty can be improved upon by viewing the successful elimination of the death penalty as just the first step on the road to the reformation of extreme sentences altogether. In this view, the efforts to eliminate the death penalty are not in conflict with efforts to eliminate LWOP.”

Read the full article from The Appeal’s Vaidya Gullapalli here.

Fact: DC has a mass incarceration problem »
Louisiana’s life without parole sentencing the nation’s highest — and some say that should change »
An Argument Against Life Sentences, Especially For Juvenile Defendants »
The Daily Show with Trevor Noah: Marc Mauer Calls for Abolishing Life Sentences »
Cyntoia Brown Granted Clemency; But There Is No Relief For 182 People With Same Life Sentence »
The Brian Lehrer Show: Calling for the End of Life Sentences »
Pennsylvania is poised for much-needed criminal justice reform, but can we abolish life without parole? »
The case for capping all prison sentences at 20 years »
Barbaric and Excessive: Two Books on Punishment in the United States »
Webinar: The Case for Abolishing Life Sentences in the United States »

Taking a Second Look at Life Sentences in America »
49 Years After Attica: Decarcerate Now! »
2020 State Criminal Justice Network Conference »
Crime, Race, and Politics in the Era of COVID-19 »
From Justice Reinvestment to Defund the Police »
2020 Innovations Conference »
Webinar: Influencing the Congressional Response to COVID-19 in Prisons »
Virtual Fireside Chat »
Beyond the Bars »
The Meaning of Life Book Talk: Duke University » 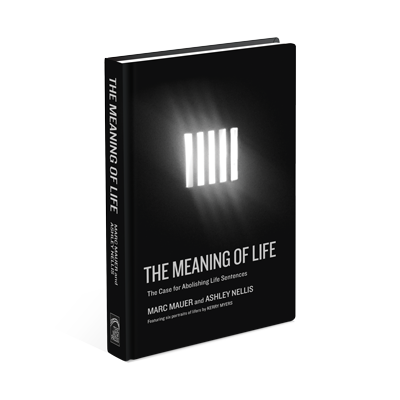 Challenges to mass incarceration will not be successful unless they examine the impact of excessive sentencing.
Buy the book »

We use cookies to ensure that we give visitors the best experience on our website. If you continue to use this site we will assume that you are OK with our use of cookies.Ok